364 short-term observers of the campaign "Human Rights Defenders for Free Elections" are involved in daily observation of the early voting at 182 polling stations across the country.

Observation results are processed on a daily basis and constitute a representative sample (observation covers 3.04% of the 5,971 polling stations). These data allow observers to estimate the basic tendencies of early voting. The below information was processed based on data received from 182 polling stations as of 23:00, September 9. 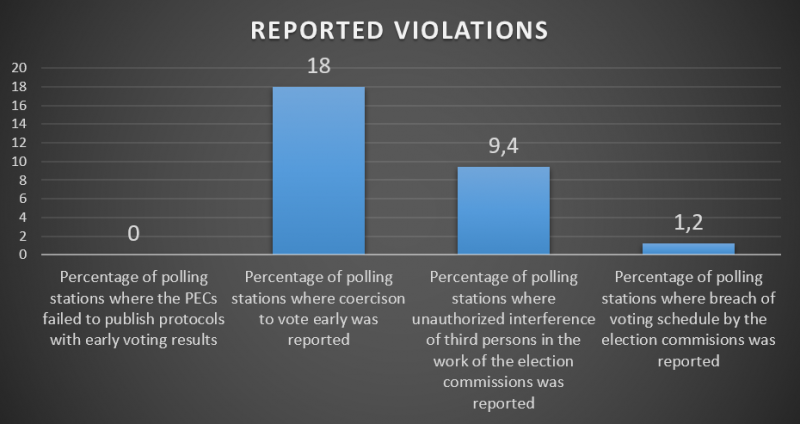 According to the campaign’s observers, the number of voters registered during the fourth day of early voting amounted to 18,572 people, while the PECs’ protocols claimed there were 21,276 persons. The difference amounts to 2,704 people, or 12.7%. In the 2012 parliamentary elections, the difference was 6.5% based on observation at 150 polling stations. 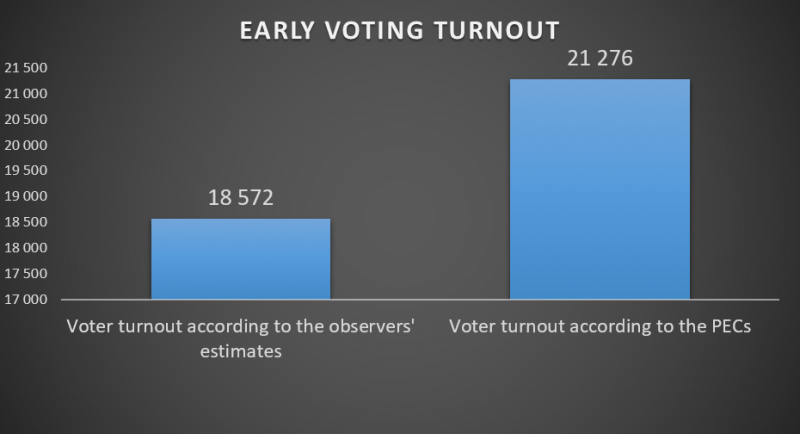 In general, the difference between the PEC data and the observers’ reports on voter turnout was documented at 54.8% of the polling stations covered by the observation.

Just like in previous election campaigns, the observers report massive coercion of students and other citizens to vote early.