Human Rights Defenders for Free Elections meet with representatives of the OSCE ODIHR observation mission in the office of the Human Rights Center "Viasna". 8 August 2016 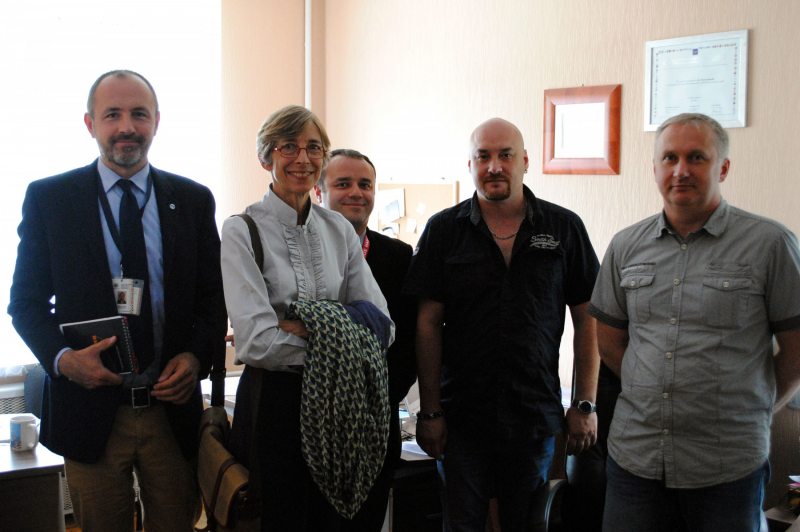 Human Rights Defenders for Free Elections meet with representatives of the OSCE ODIHR observation mission in the office of the Human Rights Center "Viasna". 8 August 2016

The domestic observers assessed the socio-political background for this year’s parliamentary elections, as compared to the situation during the 2015 presidential election. Particular attention was paid to the work of an interdepartmental expert group established by the Central Election Commission to consider the ODIHR recommendations on improving the electoral process in Belarus.

“We assessed the decisions taken by the Central Election Commission based on the results of the group’s work and had to stress that these regulations, unfortunately, did not contribute to the improvement of the situation with the formation of election commissions, nor did they provide for the transparency of the vote count,” said Uladzimir Labkovich. “At the same time, we are pleased that the international observers noted the importance of independent monitoring of elections and showed their interest in the analytic publications made by our campaign.”

The OSCE ODIHR election observation mission started its work on August 2. As head of the mission Tana de Zulueta earlier told reporters, the core team is based in Minsk, including 11 experts from 10 OSCE member countries. 38 long-term observers from 13 countries will soon be deployed across Belarus. It is expected that 400 short-term observers will monitor the vote on the Election Day. At this stage, the observation will include representatives from the OSCE Parliamentary Assembly and the Council of Europe’s PA.